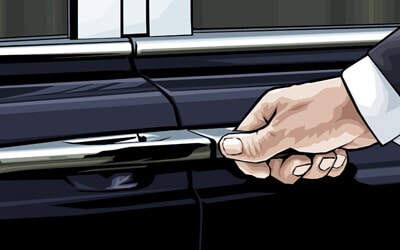 The best available fares on business class flights to Las Vegas can be found through working with SkyClub representatives on a one-to-one basis. The SkyClub team are made up of a number of travel industry experts who are able to provide passengers with their advice and knowledge of the travel industry that they have developed over the years that enables them to find the best business class fares for their client’s personal requirements.

Flying Business Class to Las Vegas from the UK

Business class flights from the UK operate from the busiest UK airports including London Heathrow, London Gatwick, Manchester, Newcastle, Edinburgh and Glasgow. These business class flights depart from the UK and then have a choice of two airports that they can land in. There is the McCarran International Airport which is served by a number of both international and domestic airlines, as well as Henderson Executive Airport which is a firm favourite for corporate travellers. Henderson Executive Airport is located close to the famous Vegas Strip and is a quieter alternative to McCarran International Airport.

Attractions, Getting Around and Where to Stay

Business Class travellers will have a variety of attractions that they can visit whilst staying in the city. As Las Vegas is such an exciting and varied city, the attractions reflect the atmosphere. Hyde Bellagio is both a lounge and a nightclub; during the early evening the place is a lounge, transforming to a nightclub as the hours go on. Travellers can indulge in small plates of fine cuisine from the French Circo whilst in the Hyde Bellagio. There are also balloon rides that enable business travellers to take some time out from their busy schedules and enjoy a bird’s eye view of the city and Las Vegas valley.

For the most part, it is easy enough to simply walk around the city – particularly if close to the Strip as all of the hotels and places are within the same vicinity. Hotels are also connected by bridges or via an underground – in some cases, by a complimentary shuttle. However, if the weather is hot, walking may be uncomfortable and tiresome. Some business travellers may prefer to use a rental car whilst they stay in the city; this can become problematic however when there are severe traffic jams. Nevertheless, they offer travellers the flexibility to move around the city, when required, and may be a necessity for some.