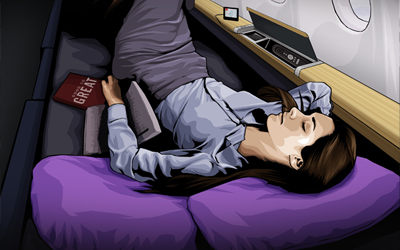 Orlando is a well known city in Florida, wonderfully warm throughout the entire year. Between May and August are the times when the temperatures in Orlando soar and provide First Class travellers with fantastic weather conditions to enjoy, along with the beautiful surroundings and landscapes.

First Class travellers will find that flying to Orlando can vary between 9 to 9 and a half hours. This is the time take when flying direct from London, flights to Orlando will run a few times daily or weekly, depending upon the airline you choose to travel with. Most major airlines will do direct or non-stop flights to the city daily.

Getting around Orlando is simple and fast. Hiring a car is usually suggested as the best method of travel due to the expanse of roads around the city. Chauffeur driven cars can be hired, as well as luxurious and stylish upmarket cars. For those First Class travellers who prefer to travel by taxi, these are too, readily available.

In Orlando, there are a plentiful amount of five star hotels dotted around the city. For example, the Hyatt Regency Grand Cypress hotel in Orlando, provides First Class travellers with a variety of amenities. Golf and tennis courses are provided, along with a spa. The restaurant inside the hotel is a varied concoction of high-class and refined cuisine prepared by some of Orlando’s most renowned chefs. Everything from traditional and authentic cuisine from the South-West, to Sushi are provided by these chefs.

Crowne Plaza Hotel Orlando is another example of world-class entertainment and hospitality under one roof. With stunning décor and luxurious and spacious rooms provided, this is guaranteed to suit all First Class travellers accommodation needs.

Other Useful Information For First Class Travellers Going To Orlando

Orlando’s fine dining restaurants are taken from a variety of inspirations across the globe. Everything from traditional Mexican feasts to steakhouses can be found around the city. Venetian Room is a upscale, sophisticated and elegant restaurant found in World Centre Drive. This classy restaurant serves everything from veal to foie gras and truly caters to a First Class travellers dining expectations.

Elsewhere, Big Fin Seafood provides travellers with a taste for exquisite seafood the chance to try and array of inspired dishes. Sushi, steaks and an extensive amount of pasta dishes can also be found at this modern restaurant.

Orlando is home to a variety of boutiques intended to entice every First Class travellers shopping requirements. Everything from specialist jewellery boutiques, to specific clothing designers can be found all around Orlando.

Orlando is also well known for a host of beautifully crafted gardens that are open to visitors. World of Orchids and Harry P. Leu Gardens are huge gardens which home exquisite waterfalls and an array of beautiful flowers. There are also a vast amount of museums that range from the odd to the very specialist interests of some First Class travellers.